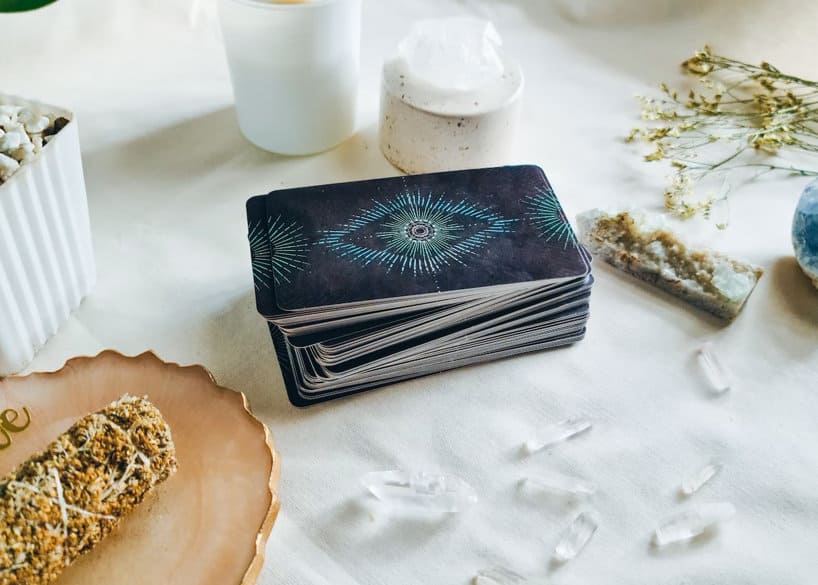 When I launched Clairvoyant-mediums.com in 2015 I visited a web design studio and met with the director there. He was eager to work with me as a client.

Even though this is an absurd example, it does illustrate how some people view Tarot as dangerous or bad. But what is the truth?

I’d like to start off by pointing out that Tarot cards are manufactured in a factory using glossy cards and coloured inks. They are transported to shops where the public can buy them after they leave the facility and are packed. Nobody ever curses or bestows love on the cards as they go through the procedure. The actual tarot cards are a product.

I believe that Tarot cards are not necessarily “evil.” If there is anything to be concerned about, I would say that it is the presentation of Tarot readings rather than the cards themselves.

Each Tarot card in the deck represents a type of energy or a particular circumstance in life. The deck serves as a book of knowledge.

A great deck has cards that instantly remind us of the card’s energy or spirit in a way that is easy to identify.

I suppose it’s reasonable to paint a deck in such a way that it brings back bad thoughts in the mind of the viewer. Thankfully, editors at companies like US Games and Lo Scarabeo have the power to prevent anything inappropriate from reaching the media.

Are There Really Bad Cards?

Some claim that the “bad” cards in the Tarot, such as “Death,” “The Tower,” and “The Devil,” can frighten individuals. I frequently mention during readings that these cards should not be interpreted literally or as “bad” cards. For instance, quitting a job is similar to dying, but finding new work is similar to giving birth. Death does not have to be undesirable in that sense. Additionally, it does not imply that someone will die.

I think you may stop viewing these cards as evil once you realise that they are just forces of nature in life.

The One Reading The Card

I believe that tarot readings act as a kind of translator. The reader “sees” the energies in the cards and then “tells” those energies in words and a simple storey.

One downside of paying for a Tarot reading would be that you may be hesitant to tell the reader too much during the reading since you might think you want to see some evidence that they are an accurate reader. The issue with sort of taking a backseat and not saying anything is that the reader is then really just transmitting. They may do that incredibly well, and hopefully, they will, but it is possible that the reader’s emotions—such as anger, depression, or blind spots—might affect the interpretation.

A reader may experience an insightful vision or hearing, a powerful feeling or a deep sense of understanding. They then have to discuss it with the person standing in front of them. This is a sensitive undertaking that calls for sensitivity, verbal agility, and attention to the reader’s target audience.

My major worry about Tarot being dangerous comes from the fact that what we are told during reading has the ability to stick in our brains and influence how we will act in the future.

Assuming a reader predicted, “You’ll have three kids.” Then you might feel completely confident that you should go with having three children because a Tarot reader predicted it would. But there are lots of factors to consider. You are free to have how many children you want. Not your Tarot reader’s concern.

Fortunately, the majority of Tarot readers are pretty responsible and often take into account the big picture so that you may decide for yourself.

A palm reader told me I would go through a big transition at age 35 and then accomplish all I had ever desired when I was in my mid-20s. Looking back, I experienced a huge transformation when I was 35 years old, which I just recently celebrated. But since then, I have undergone other major changes.

As you can see, a reader has all the power when they present a thread to you as a statement. The truth may be considerably less concrete or certain as it crystallises.

looking back, did I really achieve what I had hoped for at age 35? My life is filled with good things, I suppose. However, I do not always feel contented or at ease, like the majority of people do. Life carries on. Overall, I wouldn’t say that when I turned 35, I suddenly realised all of my dreams had come true.

One of my biggest frustrations with reading is trying to predict the future. When requesting future predictions, exercise extreme caution. It can be extremely upsetting if a future prediction causes you great anxiety.

Therefore, if you are reading this and have heard a future forecast that disturbs you, I would like to assure you that we always have the ability to change the course of our future.

Make it very obvious that you know what you are seeking. I agree that looking ahead is acceptable, but if I had my Tarot read, I would request that no long-term predictions be revealed.

How To Reduce The Risk of a Boor Reading

I totally love the Tarot and I’ve been studying and practising it for more than twenty years. Most Tarot readers sincerely want what is best for you, and they should be able to paint a beautiful and inspiring image.

When it comes to seeing our life more clearly and individually, tarot readings may be incredibly helpful. I also think it is really fascinating. Best of luck!

Latest from our Blog 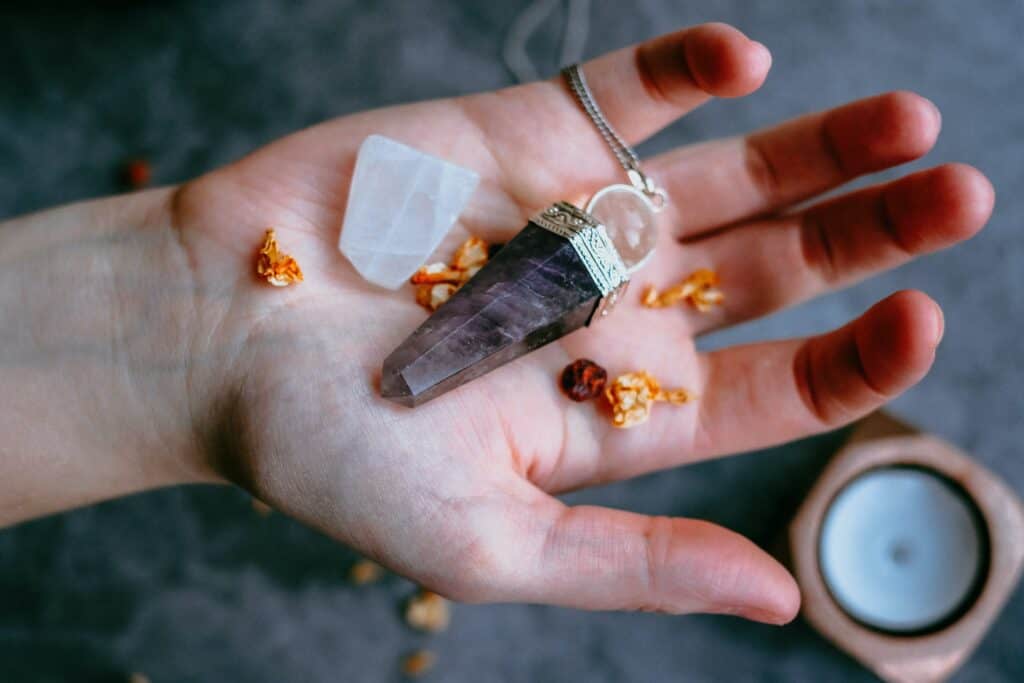 Are Tarot Cards Bad, Evil, Or Dangerous In Any Way?

When I launched Clairvoyant-mediums.com in 2015 I visited a web design studio and met with… 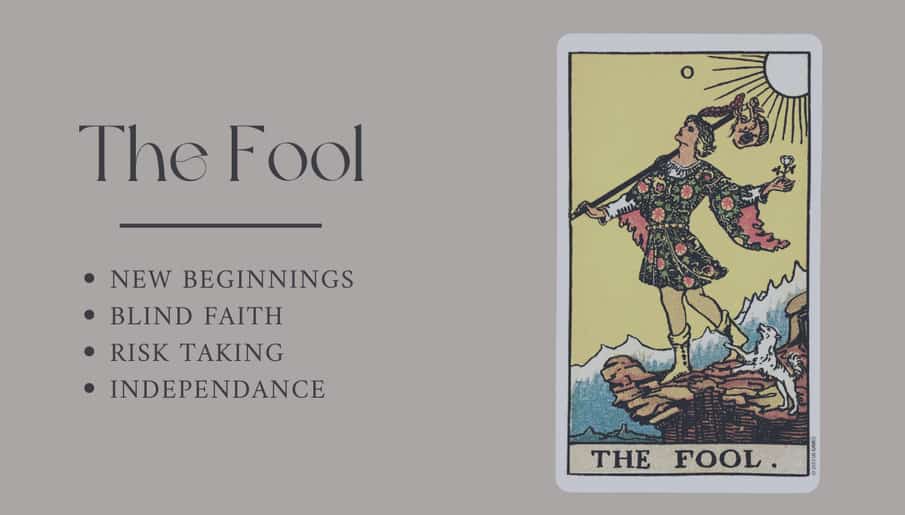 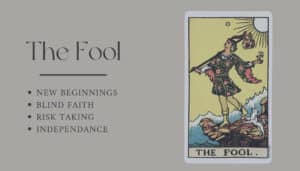 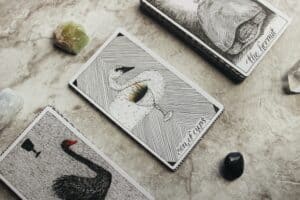 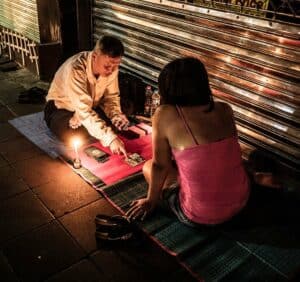 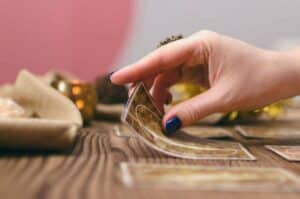 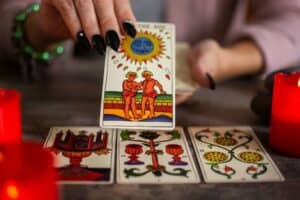 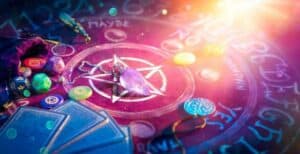